Send us a message to contact (at) tremorhex (dot) com or head over to our Bandcamp.

Out on RDS REC. HH — the »DESPERATIO MMXIX«, »TERRA MMXIX«, »VENENUM« & »NPFO« Super 8 and Hi8 visuals combined with their original recordings on a video home system cassette — no filters, no mastering.
Limited to 30 copies, it comes in a gorgeous hand-folded and hand-numbered cardboard box for which the very talented Rezy Illustration contributed the main illustration.
It contains a black labeled VHS, stickers, and a code for an exclusive non-public VHS rip stream. 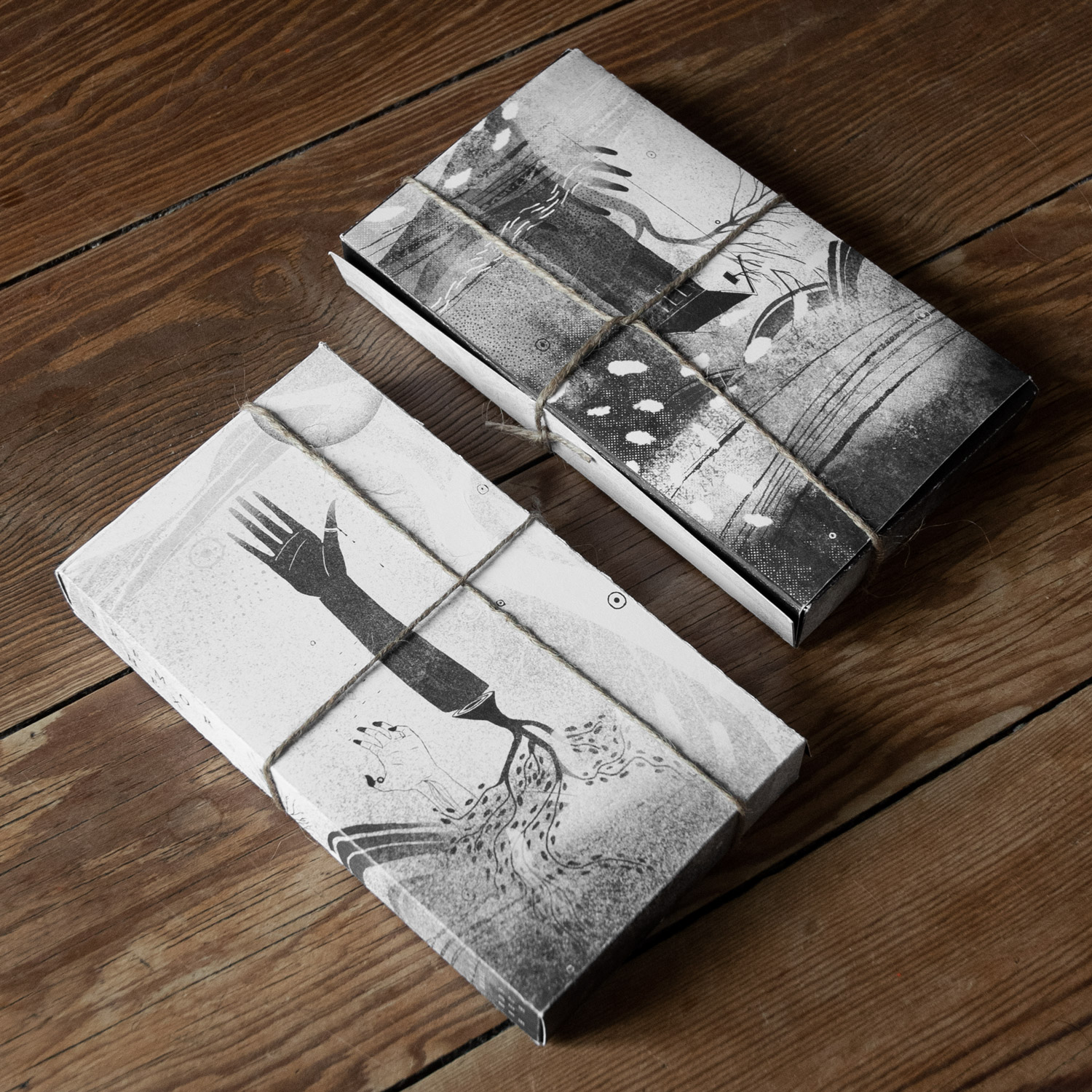 The motif is originally from the Super 8 film of the »DESPERATIO« project. White screen print on black Earth Positive shirt. Limited to 35, sizes range from small to extra large.

Limited to 50 copies the »IGNIS« cassette comes in a hand-folded, hand-stamped, hand-numbered and hand-burned cardboard sleeve which contains a black tape with both »IGNIS« tracks, an info sheet, a sticker and a piece of the orignial »IGNIS« 8mm film material. Both the film material and the individual burning on the front make every cassette unique. Please note that 100% of the money you’ll spend on the cassette will go one to one to fund Sea-Watch e.V.

The motif is originally from a double layered 8MM film and comes from the »IGNIS« project. White screen print on black Earth Positive shirt. Limited to 30, sizes range from small to extra large.

We chose the audio data medium of the future to bring you NPFO for your record shelf. These MiniDiscs are strictly limited to thirteen. All income will go one to one to fund the important work of EXIT-Deutschland, an organisation that supports people who want to leave the Nazi scene behind.

Screen-printed punk patch made of heavy cotton. Limited to 50 pieces.